Is All Dividend Growth Equal? 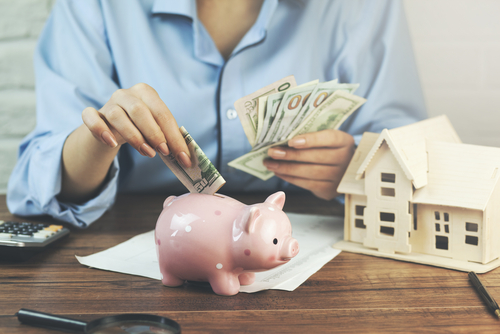 Dividend Family Guy recently asked about the stable score that I show when I compare stocks such as in my recent review of energy sector stocks. So this post is about answering that question.

My investing approach is aimed towards stable dividend income (aside from a few crazy stock picks in the last couple of years before I settled on that strategy). I have no illusion that I can beat the stock market in Total Return over the long term, but fortunately I don’t have to as I’m not planning to sell my dividend income stocks for capital gain after I retire.

This is why I don’t really show valuation in my reviews – my analogy for buying dividend stocks is like buying a house for renting out; I’m more interested in the rental income from the house and how rentable it is. The absolute price of the house only comes in indirectly when judging how long the rental income will take to pay back the initial cost of the house. Which, jumping back to stocks, is where dividend yield comes in.

Now despite being focused on dividend yield; the rules in my Charter limit my purchases to stocks with a dividend yield between 2% and 6%. Too low a yield and a stock doesn’t produce enough income; too high a yield and it’s too risky for me.

If a stock passes all criteria in my allowed screener then it’s a candidate for purchase. In choosing between them, I use several different measurements to reward stocks with good characteristics that I value. One of the measures I use is the stability of the dividend growth pattern which I usually shorten to simply “Stable”.

As an example I’ve plotted the dividends paid by XOM and COP since Q2 2005 in the graph below. Assuming you had to pick either XOM or COP given this graph as input, which would you choose? They’re both increasing and reaching similar levels, right? Maybe you’d be inclined to go with the blue COP because it’s rising faster of late, or perhaps they’re both equally good and it doesn’t matter?

If you look closer at the orange XOM line, you’ll see that XOM increased its dividend payment every 2nd quarter of the year except for 2006. The amount of the increase changes from year to year, but the increase has always been consistent for the last 8 years. 2nd Quarter? It’s dividend increase time!

I value the boring, mechanical dividend increase pattern of XOM over the more volatile payment pattern of COP. It suggests to me that XOM’s management have a more planned and diligent approach to dividend payments. So all else being equal, I’d choose XOM.

In summary, I find this assessment in looking over the dividend history useful since it shows the patterns behind the payments that aren’t apparent from the % growth numbers. A number of dividend paying stocks increase dividends every other year for example, but that still shows up as a yearly growth increase because of how the payments align. Overall it’s a fairly small factor in consideration of stocks but it can nudge me in one direction over another.

Thanks again to Dividend Family Guy for the question and if you haven’t already then I encourage you to check out his blog.

Quote of the Day