Some Thoughts On Moats 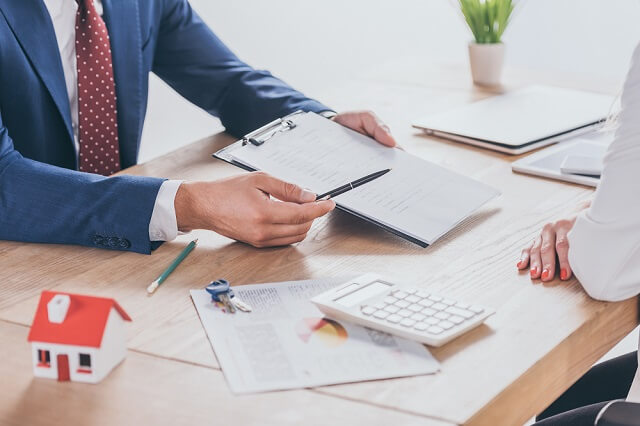 Have you ever noticed how both dividend growth investors and value investors each talk about Ben Graham as their hero?

In case you need reminding, here’s Graham’s philosophy in a nutshell. He bought companies that were trading at less than their intrinsic value, either on an asset basis or an earnings basis. Investors are offered this opportunity because Mr. Market — a fictional mentally unstable character — sometimes will offer ridiculously cheap prices for otherwise sound businesses. Graham was an advocate of dividends, which is probably how the dividend growth crowd got their claws into his legacy.

But for the most part, Graham was buying the proverbial cigar butts, which are also known as net-nets. These stocks are trading under their net current asset level (which is current assets minus total liabilities), which means investors are buying the company’s cash, accounts receivable, inventory, etc., while getting the rest of the business for free.

Graham’s operation was basically the 1930s version of a stock screener. His employees would look up company information in manuals and input the numbers onto worksheets. If the formula checked out, it warranted further examination. That was pretty much the whole business, which gave Ben plenty of time to run around with his dead son’s girlfriend.

This whole idea of a moat didn’t come around until the 1960s or 1970s, when Charlie Munger influenced Buffett and changed him from a cigar butt guy to a buy quality when it’s cheap guy. The fact that Buffett changed his mind on the idea after the decade of success he had in the 1960s is mind boggling. That’s like if Wayne Gretzky decided halfway through his career to start shooting the opposite way for a lark, and was equally as good as before.

By moving away from the cigar butt model, Buffett essentially turned his back on Graham’s teachings. He didn’t shut out Graham’s influence completely — it’s easy to see it, even today — but he moved towards the type of investing style that more resembled Peter Lynch or Philip Fisher, while guys like Walter Schloss continued Graham’s teachings.

In 2015, there are zero great companies that are trading at Ben Graham prices. Going forward, there are likely to not ever be any ever again. The reason? The market is just too darn efficient. If McDonalds continued to struggle, investors would come in and support the stock at a price far higher than liquidation value. It’s like that with any household name and with lots of other companies too. There’s hidden value in some of these stocks, but it takes digging and handicapping future events. It isn’t quite as simple as reading a balance sheet.

So what does it leave? Investors have two options. They can try to find the Buffett types of companies, or they can go to the trash heap and find Graham companies. Take a look at my collection of small-caps and you’ll see I’m mostly a Graham guy. Even my large-cap choices are there because of hidden assets, not because of the quality of the business.

Value investors start to get into trouble when they start looking for Buffett qualities in Graham stocks. They look at a company like Danier Leather and want to see some sort of terrific advantage the company has that’ll limit competition. They’ll spend hours reading reports and filings looking for the exclusive “moat” without ever realizing that Danier Leather has no moat.

These companies have niches, which basically just means that they have a good position in a smaller market.

Look at it this way. If you gave me $50 million and told me to compete with Danier, I could do it. If I was an existing retailer with any scale, I could probably crush Danier into submission by dedicating 10% of my floor space to leather coats. Nobody does because capturing the (now shrinking) leather goods market isn’t that lucrative.

If you gave me $5 billion and told me to knock Coca-Cola off its pedestal, I wouldn’t even try. It’s the same thing with at least a few hundred North American companies. They’re just too entrenched.

I once heard someone say Reitmans had a moat because they owned Pennington’s, a label for plus-sized ladies. But in reality, that’s bunk. Winners, Wal-Mart, HBC, and others also sell sizes 14 and above. In 2015 in North America, it’s hard to not have a plus-sized section.

I didn’t let that dissuade me because there were still plenty of other reasons to like the stock. It traded at book value even though there was barely any real estate on the balance sheet. Management had been in charge for 30+ years, and had been through downturns before. And so on.

But is it a moat? Nah. It’s a pretty good niche, but that’s about it.

How do we differentiate a niche from a moat? That’s a truly subjective thing, just like identifying a moat in the first place. Winnipeg Free Press dominates its market, so I’d call that a moat. If it was the second best paper in town I might not have been so inclined to buy. But the rest of the companies I own? Nope. Just niches.

This isn’t to say I discount competition completely. I take a look at competitors whenever I can, to see whether operating problems are just temporary, or if they can even be fixed. Often, I’m not even looking for a real fix, but just a temporary one. I won’t delude myself into thinking that the Winnipeg Free Press has its best years ahead. But I’m fairly confident that, at some point, the market will value it at more than 4x earnings.

I think the point is this. When you buy the cheapest companies in the market, you’re going to pick through a lot of trash. There will likely be visible warts on every company I buy. I’m quite okay with this, because that’s part of the game. But too many investors want to dumpster dive for food perfectly set up on a plate. Sure, you might get lucky, but value investing is about looking past the warts, not digging around until you don’t find warts in the first place.